We brought a particle counter on a recent visit to the Maker Annex at the Children’s Museum of Houston. The annex’s benevolent overlord, Brent Richardson, was getting ready to print a small, jointed dog figure about 2 inches tall using ABS filament. Brent said it would take roughly 2 hours for the Maker Bot to complete the project. 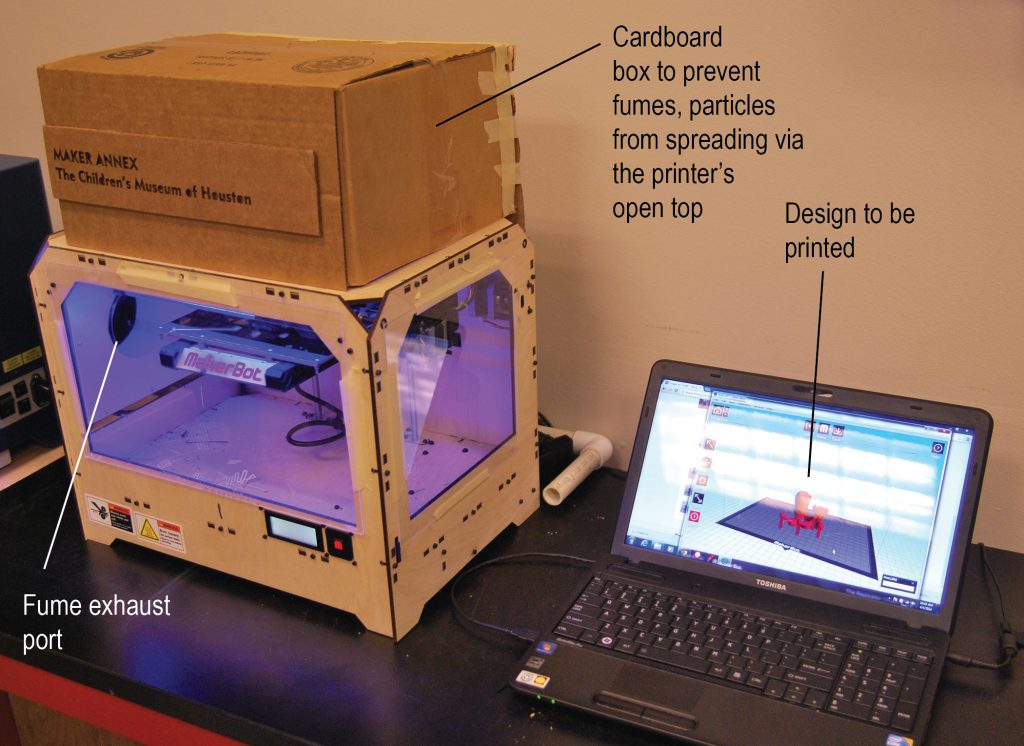 Brent’s 3D printing set up in the Maker Annex. 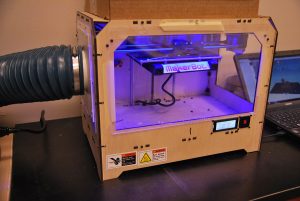 As we have discussed in an earlier blog, there is concern about potential health problems associated with particles and chemical fumes produced by 3D printers. At the Maker Annex, Brent has created a fume exhaust port for the work space’s 3D printer so that a flexible hose can connect a Sentry Air Model 300 Portable Fume Extractor to trap particles and fumes in our unit’s filters. You can see the fume exhaust port that Brent created and the hose that connects the printer to the fume extractor in the photo to the left. We turned Brent’s how-to photos into a three-part tutorial so other maker space overlords can do it, too.

Testing the Effectiveness of our 3D Printing Fume Extractor 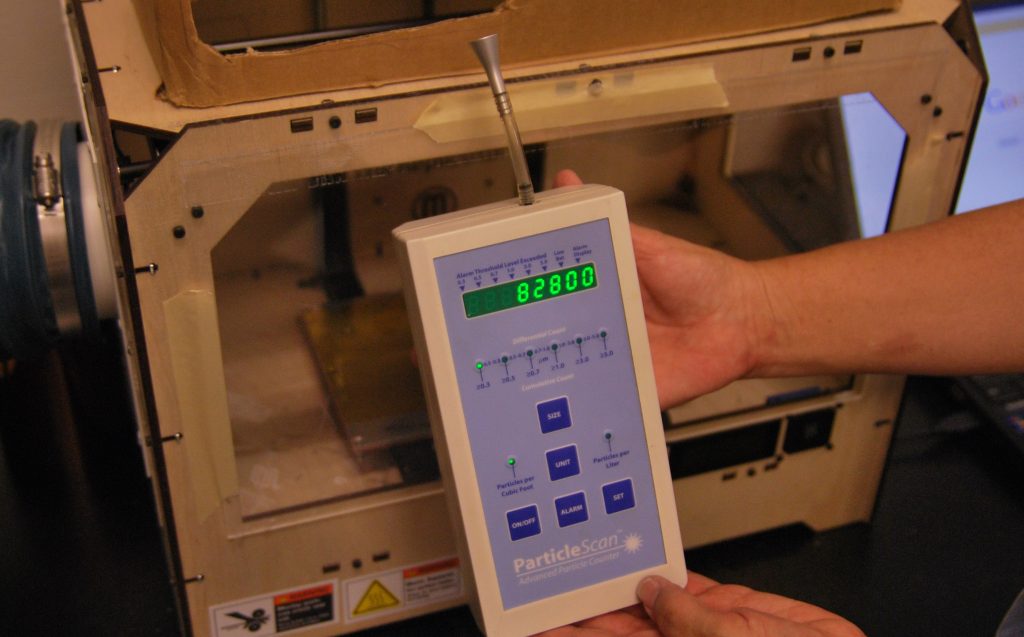 The photo above shows a reading of 82,800 particles per cubic foot a few inches from the printer’s exterior before the printer heated up. The particle scanner readings register at 0.3 microns and larger in particle size. 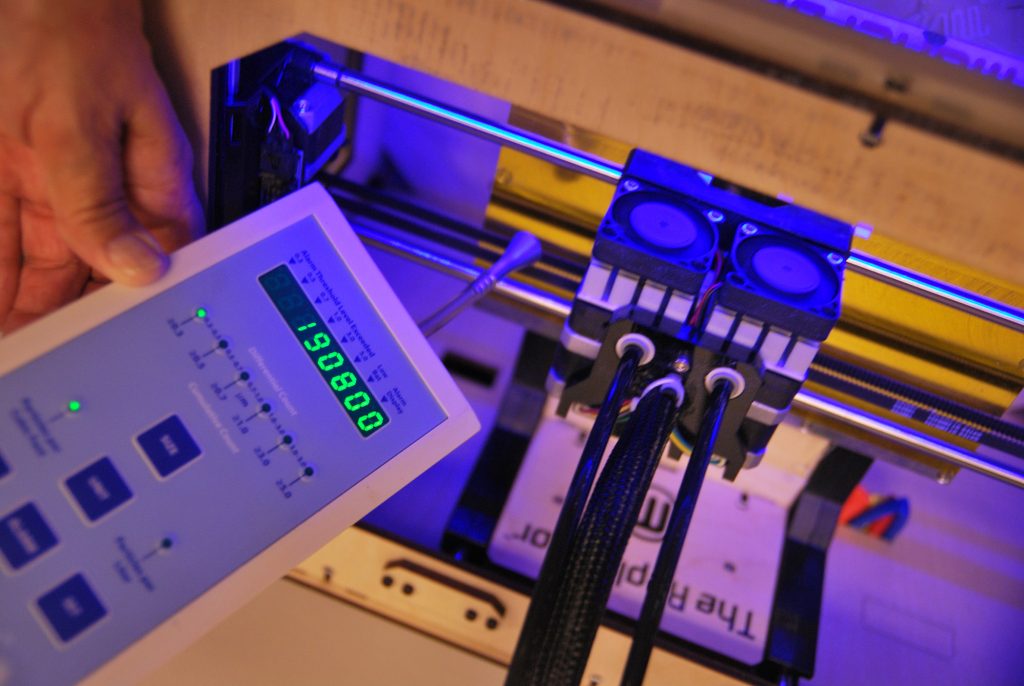 The particle counter registered 190,800 particles per cubic foot inside the printer cabinet while it was printing.

In addition to sampling the room and the 3D printer, we also placed the particle counter at the air outlet of our fume extractor. The outlet is where filtered air, processed by both a particle filter (HEPA-High Efficiency Particulate Air) and a chemical filter (10lb activated carbon), is put back into the room. As you can see in the photo below, the particle counter registers 0 (zero) even though the 3D printer is in operation and producing particles. 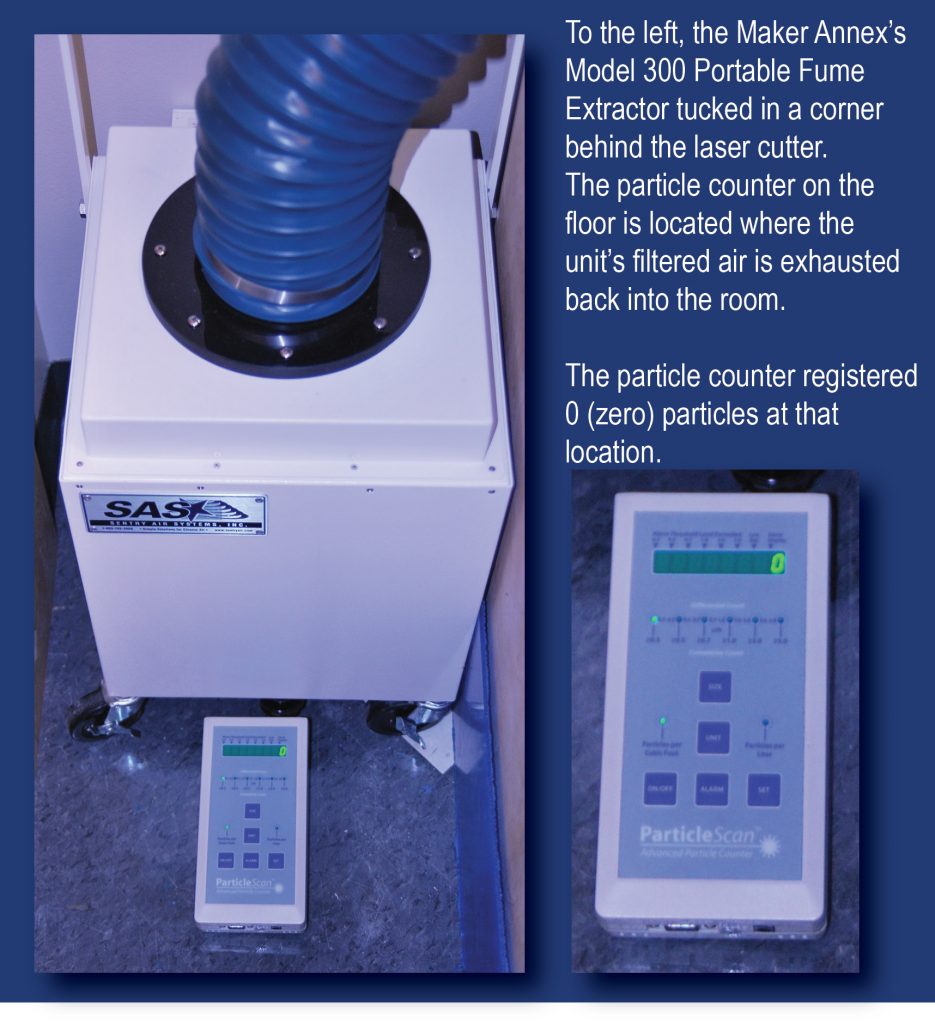 If you’re planning a 3D printing capability, and you’re concerned about how to handle fumes and particles, please contact us. We’re happy to share what we’ve learned.