Carfentanil and other fentanyl-related compounds are a serious danger to law enforcement personnel, first responder, medical, treatment, and laboratory personnel.  These substances can come in several forms, including powder, blotter paper, tablets, and spray – they can be absorbed through the skin or accidental inhalation of airborne powder. It takes just two milligrams of Carfentanil to knock out a 2,000-pound African elephant, and the veterinarians who administer the drug use gloves and face masks to prevent exposure to it, because a dose the size of a grain of salt could kill a person – and may be lethal even when absorbed through the skin.

Carfentanil was first synthesized in 1974 by a team of chemists at Janssen Pharmaceutica which included Paul Janssen. It has a quantitative potency with activity in humans starting at about 1 microgram. It is marketed under the trade name Wildnil and is used as a tranquilizing agent for elephants and other large mammals.  Carfentanil is a Schedule II substance under the Controlled Substances Act  The lethal dose range for carfentanil in humans is unknown.  However, as noted, carfentanil is approximately 100 times more potent than fentanyl, which can be lethal at the 2-milligram range, depending on route of administration and other factors.

Both drugs, carfentanil and its analogue fentanyl, along with a growing cornucopia of illicit synthetics are largely being manufactured in China, an epicenter of synthetic chemical manufacturing, and shipped to Mexico where illegal drug traffickers use it to make most of the methamphetamine consumed in the US.  Cursory internet searches turn up options to order the drug from Chinese sellers on numerous e-commerce websites and through dark web markets on the Tor network, where users can trade largely anonymously using bitcoin and purchase other controlled substances from ketamine to cocaine. 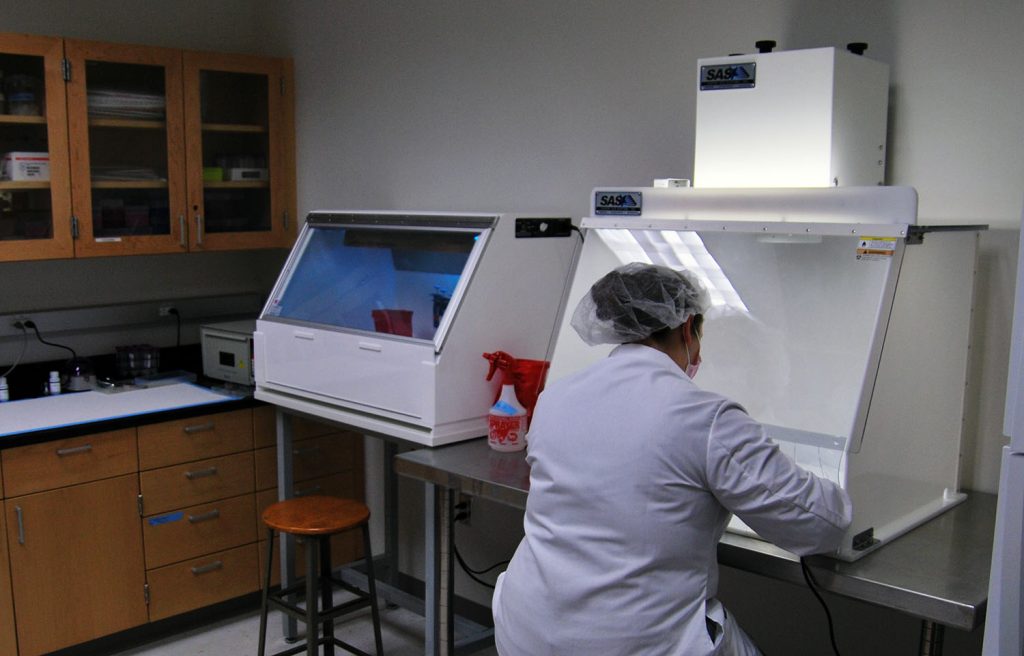 Sentry Air Systems provides ductless hoods for carfentanil crime analysis for law enforcement agencies to process and analyze the samples under a ductless containment hood. These hoods provide negative pressure airflow to help draw the carfentanil particulate away from the operators during analysis and evidence processing. According to the DEA, carfentanil is affecting all corners of our country, and law enforcement must take protective measures to safeguard themselves from this extremely harmful drug. 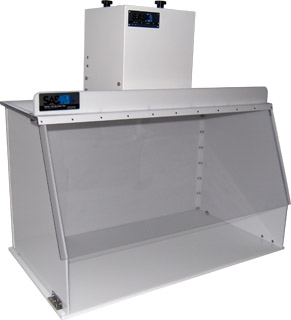 Typical uses for this fume hood include chemical fume control, pharmaceutical compounding containment, soldering applications, light dust removal, biological applications, solvent or epoxy use, and many more applications that require the removal of fumes and particulate.

The 40” Wide Ductless Fume Hood provides a portable, energy efficient, and economical solution for many commercial, medical, laboratory and industrial applications that require a containment hood. For additional visibility, a transparent version is available at extra cost.

For more information about controlling hazardous chemicals, contact Sentry Air and speak with one of our applications specialists. Call 800.799.4609, email sales@sentryair.com, or visit our website.