With the popularity and availability of 3D printers growing exponentially, big businesses and home office professionals alike are using these printers to create an endless possibility of 3D replicated items. As with all new technologies and manufacturing processes, the initial excitement may overshadow important health and safety related precautions. For example, studies have found that Ultrafine Particles (UFP) are emitted from desktop 3D printers during operation. This occurs when the feedstock filament is heated before being laid down into very thin layers. This filament can be comprised of a host of materials including acrylonitrile butadiene styrene (ABS) and polylactic acid (PLA). While UFP is practically invisible to the naked eye, it is vital to implement a source-capture respiratory engineering safety control to trap or remove these microscopic particles. If UFP is inhaled, there is a likelihood that the particles will deposit into the lungs and respiratory airways; allowing travel through the olfactory nerve and into the brain, ultimately causing adverse health effects. 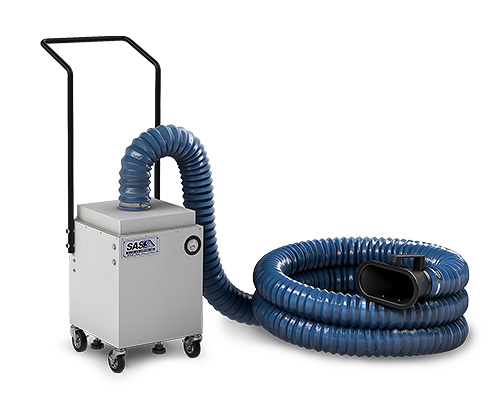 Designed and engineered to remove fumes and particulates left by 3d printing, our, American Made and Manufactured, air filtration systems are the perfect addition to regulate the harmful air left from 3d printing. Our 3D printer fume extractors are highly effective filtration systems that not only protect the operator from potentially hazardous fumes, but it also helps maintain the integrity of the 3d printing machine.

Noted by researchers “…caution should be used when operating some commercially available 3D printers in unvented or inadequately filtered indoor environments." 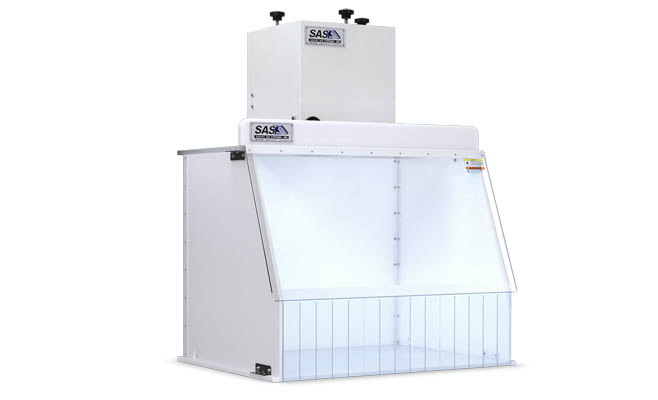 Printing fumes are a genuine concern with any 3D printing no matter the amount of runtime or the size of the application. However, affects such as smell and noise, often go overlooked and/or unplanned for. A 3D printer enclosure is a very necessary fume extraction tool that can elimnate the unwanted elements of running a a 3D printer. By utilizng HEPA filters and a powerful fan with the proper cfm for your application, our printer enclsure will not only eliminate fume and particulate, but the unwarranted smell and limit the noise.

3D printing fumes or ultrafine particles carry an occupational hazard designation by several health and safety governing boards, deeming that these fumes hold potential health effects on the respiratory system. Most 3D printing processes utilize high variant thermoplastics and chemically induced materials. When these materials are heated, and/or fused together, they emit UFP fumes (3D Printing Fumes) that are microscopic to the human eye, measuring at 1/10,000 millimeter or sub-micron range. In a study done by NIOSH, the National Institute for Occupational Safety and Health, 3D printing materials, by means of PLA filament, that are utilized at a low temperature, can generate over 20 billion particles per minute; with ABS feedstock having the capacity to release over 200 billion, in that same scenario. These nanoparticles are very small, and can easily enter into one’s body via their respiratory, cardiovascular, and/or nervous system and be extremely harmful to one’s bodily function.

ABS is a synthetic compounded thermoplastic that is widely used for heavy type plastics such as LEGO, autmobile bumpers, and casings for electronics. Due to its sensitivity of changes in the temperature and the environment, it is highly recommended to use a 3D Printer Enclosure, to allow the ABS to cool down slowly after printer usage. Otherwise, if cooled to quickly, ABS can crack along layer lines, as well as curling and warping. In general, ABS can withstand more heat, pressure, and stress than PLA, which makes it an ideal element for wear and tear applications.

The graphic below shows the recommended, time-weighted-average [TWA] exposure limits for acrylonitrile, butadiene and styrene.

The building blocks of solid chemicals, polymer chains, become loose and disorganized when heated, a property that allows the polymer to flow through your 3D printer and release chemical ingredients and UFP [ultrafine particles] into the air. However, some filaments are made up of more than just one chemical; For example, the ABS filament is composed of acrylonitrile, butadiene, and styrene.

Multiple research experiments have found that ABS, when heated to temperatures ranging from 210C to 800C, without flames, produces 20+ chemical by-products, including: