In 2012, the Environmental Protection Agency (EPA) released a list of 83 chemicals identified for further investigation under the Toxic Substances Control Act (TSCA).

Of those chemicals, Trichloroethylene (TCE) received a hazard rating of 3, meaning high level hazard concern for both human health and environmental toxicity.

The EPA chose to review TCE because of its probability to cause cancer, coupled with its wide use as an industrial solvent degreaser, protective aerosol coating, and spotting agent.

After a thorough assessment of the chemical, including an external peer review, the EPA released its final risk assessment on TCE last month. 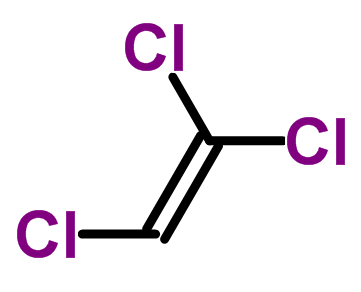 The Agency for Toxic Substances & Disease Registry (ATSDR) describes TCE as a non-flammable, colorless liquid with a somewhat sweet odor that is mainly used as a solvent to remove grease from metal parts.

The International Agency for Research on Cancer (IARC) ranks TCE in Group 1, classified as Carcinogenic to Humans and should be considered a potential occupational carcinogen.

It should be noted that OSHA regulations are more than 40 years old and based on dated research. Newer standards, such as NIOSH and ACGIH, tend to recommend stricter exposure limits due to more recent research on the health effects of human exposure to chemical fume.

The EPA focused their study on the effects of TCE exposure in these categories:

The following statements are excerpts from their report:

It is important to review all of the safety material provided with a degreasing product.

Upon review of a global chemical company’s Trichloroethylene-based metal degreasing product’s Safety Assessment Sheet, we found that they recommend “adequate ventilation be provided in the workplace to minimize the possibility of inhalation, which may be hazardous.”

In addition, the assessment sheet also warns that “the initial effects of excessive inhalation

exposure are dizziness, loss of coordination, sleepiness and symptoms of anesthesia. Excessive exposure may cause systemic injury or even death.”

At Sentry Air Systems, we are continually testing our products for efficiency against chemical fumes and various particulate.

We are in the process of planning a similar test to see the efficiency of our carbon filters against TCE fume. Stay tuned for more details.

For more information contact Sentry Air Systems at 800.799.4609, email sales@sentryair.com, visit our website or fill out the feedback form below.